How to Create a Successful Safety Culture !!!

Many companies are frustrated by such nagging health and safety issues as the failure of workers to consistently perform start of shift equipment inspections, wear personal protection equipment, or to report near misses.
Through training, vigilant supervision and the threat of punishment, workers typically become compliant in following procedures, but a more challenging issue is how to engage and motivate employees to move beyond minimum compliance to become relentless champions of hazard reporting, concerned mentors to peers, and valued problem solvers for the organization at large. One way to address these motivational issues is through the development of a safety culture.

An organization’s safety culture is often described in terms of its approach to safety and suggest, embodying "the attitudes, beliefs, perceptions and values that employees share in relation to safety.” There is a body of agreement that a safety culture is required, but often it seems to be based on values and beliefs, or on end results such as injury reduction targets. The missing ingredient is how to best fulfill those values and achieve targeted reductions.

“Most definitions of culture are values-based and, while this is an excellent starting point, such definitions do not make clear how to make it happen.

We define culture this way: Patterns of behavior (what we say and do), encouraged or discouraged, inadvertently or intentionally, by people or systems over time.”

Dr. Aubrey C. Daniels and Dr. Judy Agnew expand upon their definition in their belief that:


The Characteristics of a Strong Safety Culture

In order to facilitate cultural change, Daniels and Agnew present a “Working Backwards” model that starts with identifying target employee behavior on the front line, and then working back to consider what supporting behaviors by supervisors, managers and executives best promote those front line behaviors.

Workers in a positive safety culture will exhibit such behaviors as following procedures, encouraging peers to act safely, performing pre-job reviews, reporting all hazards, and providing feedback to supervisors and peers.

Managers in turn support supervisors by establishing a positive safety accountability for supervisors, starting each meeting with safety, remediating hazards as soon as possible, and prioritizing safety resources.

Top executives bolster the efforts of their direct reports by incorporating safety into the fabric of the decision making process, creating positive accountability for managers with respect to safety, creating realistic budgets to support safety initiatives, and consistently communicating safety expectations.

Daniels and Agnew believe that companies can have a much better record than simply minimum compliance with safety rules. If participants at each organizational level behave in a supportive fashion, then employees will increasingly become engaged in consistently performing the behaviors that will result in the emergence a positive safety culture and an enduringly safer workplace.

Email ThisBlogThis!Share to TwitterShare to FacebookShare to Pinterest
Labels: Safety

Tips do's and don'ts for a safe Deepavali 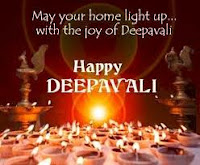 Following are some tips, the do's and don'ts, for a safe Deepavali from Doshti.com

·   Before bursting fire crackers look for an open space and ensure there are no combustible and inflammatory things around. If so remove them at once
·        Always buy fireworks from licensed and reliable sellers
·        Keep small children away from the bursting area
·        Use a sparkler, agarbatti (incense stick) or a long fire wood to light a cracker as they keep you at a safe distance and do not possess a naked flame
·        Read the label on the crackers and follow the instructions carefully
·   While igniting aerial fire works like rockets ensure that they are not facing any opening like an open window, door or an open building which may cause fire accidents
·        Keep fireworks stock away while lighting a particular firework
·        Wear footwear while lighting fireworks
·        Keep a bucket full of water handy
·        Be prepared for emergency
·        Organize a community display of fireworks rather than individuals handling crackers
·    Keep first aid and buckets of water handy. In the event of fire, extinguish flame by pouring water from the buckets. Every major fire is small when it starts
·    Light only one firework at a time, by one person. Others should watch from a safe distance
·        In case of burns, pour large quantity of water on the affected area
·        In case of major burns, after extinguishing the fire, remove all smouldering clothes. Wrap the victim in a clean bed sheet
·        The patient should be taken to a burns specialist or a major hospital. Don’t panic
·        In case of eye burns, wash the eye with tap water for 10 minutes and take the victim to a hospital